Are we divinely guided? According to Flower Therapy, crab apples mean trust.

I’m always amazed at the synchronicity in life. You know when something just falls into place or you realise a deeper meaning.

When first writing my manuscript Alurea Quest (or The Quest of Jesse Greene) I drew on a childhood memory of playing in the crab apple trees of my auntie’s farmhouse. I remember an early photo of me aged perhaps six or seven, with rosy red cheeks perched high in the tree. The sourness and misshapen wonder of the fruit have stayed a vivid memory to this day.

Doing a rewrite of the story some five years after finishing the first draft, I took a break and picked up the Flower Therapy book by Doreen Virtue and Robert Reeves. I had borrowed from the local library and opened it one night, rather surprised to find Crab Apple among the flower entries.

Reading the descriptions I was even more surprised at the meanings and how fitting they were to both the story and my current situation.

All these are major themes in Alurea Quest – Heart of the Maya. It is at the crab apple tree that Jesse has to trust Percival Mouse and follow his guidance. This is where he must trust the path ahead of him.

According to Angel Therapy’s Doreen Virtue, Crab Apple is associated with Archangel Gabriel – the Divine messenger and angel of communication. A good companion for any writer.

Flower Therapy continues: “This flower confirms you’re on the right path and encourages you to continue. The main theme of Crab Apple is trust: you are asked to have faith in the guidance that you’ve been given. It won’t be long until your idea is ready to be shared with the world.”

It was the perfect choice for this part in Jesse’s journey. Looking at it now, I believe Gabriel must have had a hand in it. As Doreen writes: “This arch­angel acts like a Heavenly agent and manager who motivates you to polish your skills. Gabriel then opens the door of opportunity for you to work in your chosen career, and gives you a loving push through it if you hesitate.”

Reading Crab Apples message came at just the right time, as I was doing the rewrite under pressure to enter the State Literary Awards:

“Trust in your new idea, as it is no ordinary one; rather, it’s Divine inspiration … I’m here to confirm this for you, and assure you that you’re making the right decision. I’ll guide you as you move forwards with this idea. It may be time to come to fruition, so please be patient. I will bring you the tools, people and money you need… you’re ready to break through your walls. Show the world the beautiful idea you’re bringing into it.” – Flower Therapy

It certainly gave me the inspiration to push through. I’m at the halfway point with less than a week to finish the rewrite.

Wish me luck – and I’m trusting Gabriel has my back.

A powerful Mayan artifact catapults Jesse into a strange wilderness where he must face his darkest fears with only his wits to survive. Guided by the wisdom of animals he encounters along the way, he finds courage to meet the Gatekeeper’s challenge – but will he find his way home?

Keep updated on all the characters and story developments with a new Quest of Jesse Greene category on my blog site as I bring this multidimensional story into our reality.

Join me for a journey through time and space. It’s exciting and inspirational!

Dolphins to me are the epitome of playfulness and with so many people apparently struggling with different situations in their life at the moment (Danni Minogue on X-Factor re: death of a loved one) I thought it might be timely to share some of the lessons Onni the Dolphin shares in The Quest of Jesse Greene.

Read on to find out how Onni tells Jesse how to breathe and flow with his emotional stress.

Wrapped up in his thoughts, Jesse was startled as a fin sliced through the water towards him. He scrambled to his feet, desperate to get out of the water and beyond the reach of any hungry jaws. His heart was racing as he back-peddled up the beach – not taking his eyes off the ominous fin carving through the turquoise calm. The silent menace moved ever closer on the rolling swell. A larger wave picked up speed and sent the creature streaking straight towards Jesse, the dark shape beneath the water turning side-on in the shallows as it stopped before him, a beady eye turned up to the surface.

Instead of the jaws of death, Jesse was facing the toothy grin of a bottle-nosed dolphin accompanied by a cheerful burst of clicks and whistles. The dolphin was laughing at him.

“Hee, hee, hee, I had you going there,” the dolphin joked, in an excited, high-pitched voice. “You need to learn to breathe more. Breathe like Dolphin and you won’t be so easily scared.”

“Take deep breaths and hold. Then let it out in a burst,” Onni continued. This time the air rushed out all at once, making Jesse jump in surprise. Onni let out another burst of infectious dolphin laughter.

“The air brings life-force to your cells. Hold your breath to allow it to absorb into your body, then exhale in a burst, like you are spitting out the old stuff – you can even spit out the tiredness in your body, any thoughts and fears that are worrying you.”

Jesse gave it a go. There had been so much to worry about recently that it wasn’t hard to find those thoughts that he wanted to let go of…  His chest felt ready to burst, there were so many thoughts to gather up. Finally he could hold it no longer and it all came out with a massive PUUHHHH. His head was spinning.

“Not so much at once,” Onni laughed. “You looked ready to burst.”

… “You’ve got to learn to enjoy life, have fun and play,” Onni encouraged. Dolphins are well known for having fun – surfing on the bow waves of ships, leaping out of the water and somersaulting for no apparent reason other than the joy of it. Onni swam a few circles around Jesse and lifted his sleek grey body vertically out of the water using his powerful tail, giving a few cheeky clicks at the same time.

The dolphin’s playful attitude was infectious and Jesse laughed along with him.

“To feel the water flow over your body is to feel alive,” the dolphin said, rolling a few times in the waves. “You know, water is like your emotions. You need to let them wash over you rather than knock you around. Whether they are stormy seas or a period of calm, do not be afraid. Just do what is needed at the time. It is all good fun in the end. Learn to swim in the emotions of it all – and remember to breathe when it all gets too much.”

(Copyright – From The Quest of Jesse Greene by SM Scott.) 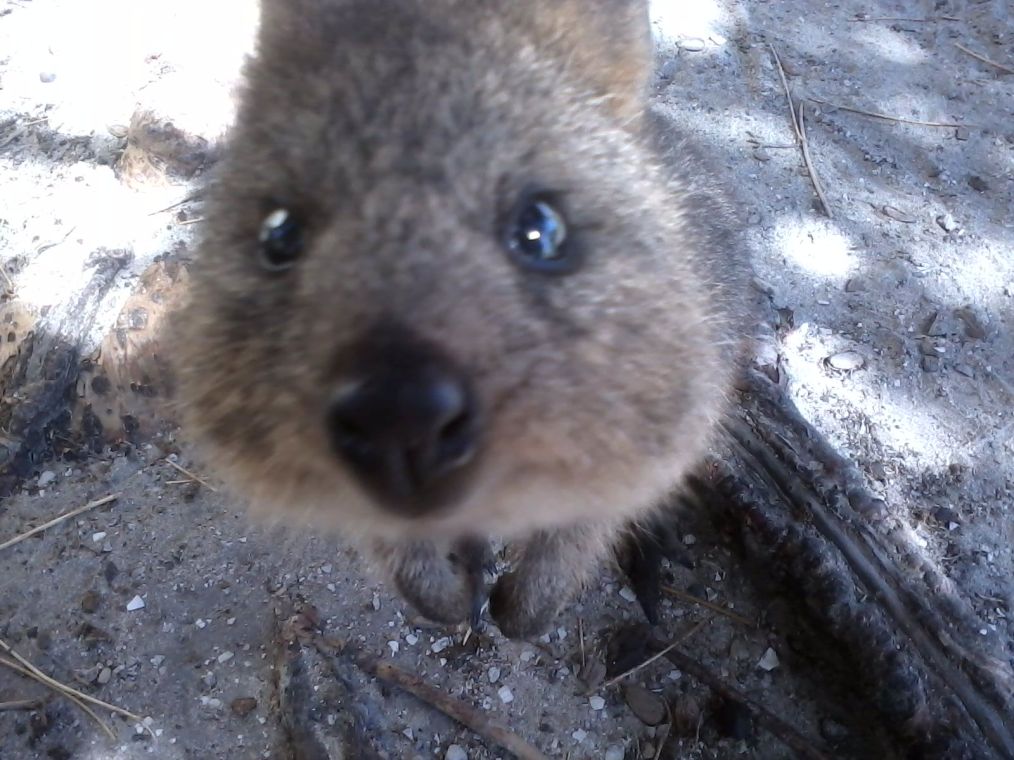 Are you a nature-lover or a techno junkie? Or can you be both?

Life is full of paradox and irony. I am all for irony – not ironing, but irony – that funny word to “describe a situation or result that is the direct opposite of what was intended or expected” (Collins Australian Pocket Dictionary).

Starting this blog is one of those ironic, paradoxical situations of nature vs technology. I love nature. Being in it, doing in it, and even just sitting in it. Technology (think electronics/computers mainly) is at the other end of the scale – one that fills me with dread. While I love what it can do and what it gives us, it does have that tendency to be “unnatural” for me.

So I find it ironic that in my quest to publish a novel aimed at inspiring people to leave their computers and reconnect with nature that I have to take myself indoors, away from nature, and spend hours at my computer to explore new reaches of the cyber world as I learn to blog. But hey, that’s what life is all about in one way – discovering new horizons and venturing out of your comfort zone.

So welcome to my latest adventure as I seek to publish the Quest of Jesse Greene. I hope to share a lot more with you – be it adventures in nature and beautiful places to visit, adventures in thought – “taking thought beyond where it has gone before” to quote Esther Hicks; or an adventure in the unexpected – the realms of spirit and dream time (sleepy dream time rather than traditional Aboriginal).

Please bear with me as I find my feet and share with you. All I ask is that you bring an open mind and a sense of adventure as we enter this brave new world (to me anyway). I have been a slow starter, toying with my facebook page while not actually inviting anyone there… so please be the first to like http://www.facebook.com/SMScott, I do actually have stuff on it!

Check out some of the things I love – some of it funny, some inspiring and other stuff that’s just plainly baffling – like this picture:

Since when were wheels called a Cube?

Adventure is something I think we all crave in some form - whether in body, through an inquiring mind or while we sleep in our dream time. Come with me and explore new places, new thoughts and new dreams.